You are here: Home / Psychology / Don’t believe me?

You know lots of things are true, don’t you? Well, strictly speaking you are wrong and it’s causing you unnecessary stress. Don’t believe me? You shouldn’t but I’m confident that you’ll be better off by reading this and then making up your own mind!

I am going to explain by going through the following points;

“All adult swans are white.” is a statement that all Europeans held to be true until 1697. Their belief was so fast that the words “swan” and “white” were used interchangeably in some literature.

Why are best guesses considered truths

Why did they hold this belief which we now know to be wrong? Non-stop evidence: every swan that was ever seen by a European until 1697 was white, without exception. The swan was and still is a common bird in Europe.

But it wasn’t true because in 1697 a certain Dutch explorer, Willem de Vlamingh, observed and noted seeing a black swan. Despite millions if not billions of observations of only white swans it only took one observation of a black swan to disprove the statement “All adult swans are white.”.

Note: this observation is not my own and is used by the noted philosopher, Karl Popper, in his book Logic of Scientific Discovery (1959) which uses logic to explain how nothing in science is true but is a good best guess until a better theory comes along and gives more accurate predictions.

Truth then is your personal interpretation of the information you have allowed to enter your head. If enough evidence enters your head (and enough is individual) then your guess becomes a truth, what we call a belief.

I know it sounds a little wacky but you need to grasp the concept that because it is an interpretation it is not reality, i.e. you can never know if it is true, it’s always just a best guess.

Map of the world

Your map of the world is in your head. You build that map by taking information in from your five senses and by combining that with your imagination. This gives you a good representation or map of reality but like all maps, it is only a representation. This is why optical illusions and other ways of fooling your brain work. And since you can have lots of maps of the same location that look nothing like each other, e.g. the cycling route map looks very different from the sightseeing map of the same town, so your map is different to everyone else’s.

If, like most of us, you use these evidence-based truths to inform your mood then you can easily and quickly end up angry, anxious, depressed or stressed.

Why do we let a guess become a belief?

We do it because our brain has two main objectives.

The primary one is to survive, by keeping us alive and safe.

The second is to conserve energy.

When faced with a choice your brain will take the less energy consuming option of all the safe options. And when we read a statement, are told a fact from a trusted friend/teacher or form an opinion based on what we have experienced we can either examine the validity by thinking it through or we can simply accept it.

When the statement poses no threat we tend to take the easy low energy option and simply accept it.

Let me give you an example of how thinking it’s true can cause undue stress;

You are waiting to meet a friend at a regular time and place, to catch a show or movie. They are late again and as they get later you start to have thoughts like “why are they always late”, “it doesn’t matter how many times I remind them they are always late”, “I am getting annoyed now”, “I am so angry at my friend for being so unreliable”, etc. Your mood gets worse and worse the later they get. Then your friend turns up and explains that they had left home early in an attempt to be more reliable and had been caught up in some genuine delay outside of their control.

What happened to your level of stress or anger as your friend got later? It went up but why? You were holding onto a belief that your friend was unreliable because the evidence, they had always been late in the past, allowed you to construct that belief.

As soon as they told you they had attempted to get there early but had been delayed by something outside their control, your anger disappeared because your belief had been disproved.

The facts hadn’t changed, your friend was still late. Therefore your friend being late didn’t make you angry. So where did the anger come from? It came from you holding to the idea that “your friend is always unreliable” as the truth, instead of the best guess. The anger was as a result of how you thought about the situation and not the situation itself, i.e. it’s part of your map of reality and not actual reality.

How to reduce stress by believing less

Stress is a collective term for a bunch of other feelings and you do much better by thinking of the individual feelings with as much granularity as you can muster, but that’s a topic for another post that I’ll get to at some point. But for now, if I stick to using stress as the term to cover all the negative states you can find yourself in when there’s just too much.

If you accept that we can never know the truth but rather our representation in our brain is really just our best guess then things change. The best guess always has room for improvement and while it can never truly get to the truth it can get closer by more and more accurately predicting the future. When you switch from “it must be the case” to “it’s probably the case” you immediately prompt questions such as “what if it’s not the case” or “how might it be not the case”.

If you are asking yourself questions or contemplating probabilities then there is little room for stress. As in the above story asking the question “why else might they be late” stops the anger coming in the first place or makes it disappear just as quickly as when your friend explained they hadn’t been unreliable.

Now practice and hear yourself saying “that’s not true it’s just the best guess” whenever you are presented with the truth or asked to believe someone (including me and this article) or when you form your own truth from evidence.

Don’t over do it

I trust it’s obvious but some facts are worth believing. For example, if you are in danger, like “smoking kills”, strictly speaking, this isn’t a truth but it’s a very strong best guess and you serve yourself better by accepting it as a fact. Similarly, “1+1=2” is worth accepting as a fact because otherwise your map or reality quickly becomes useless and you go crazy (as in completely).

But there are plenty of statements made as facts that you should recognise as best guesses, e.g. “painkillers stop headaches” which is considered true but really isn’t and should be said as “about 80% of people’s headaches reduce or stop after taking painkillers”, because even if a painkiller existed (it doesn’t) that when tested stopped every headache in every person tested 100% of the time we still wouldn’t know that it would work for every headache in every person forever.

Some beliefs are held very deeply and can cause severe problems like anxiety and depression. Examples include;

Applying the above steps to these truths by oneself can be challenging for many and if you count yourself in this group then please contact me or seek the help of another highly trained mental health professional. 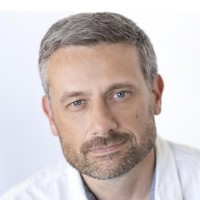 Alec Wills is the Principle Mind Coach at Life Zest Health where he treats clients for a range of issues, freeing them to lead normal lives, i.e. happy and fulfilled. He also does a little writing, teaching and workshops.

Why trust?
Next Post: Did you remember you’re battery?