You are here: Home / Nutrition / The Beauty of Turmeric

Turmeric (Curcuma longa) is a gorgeous bright yellow spice belonging to the ginger family.  As you can see from the photo, it is the root (the rhizome) of the plant that is used whereby generally it is cured (boiled, cleaned and sun-dried), polished and ground into a fine powder. It has a peppery, warm and bitter flavour with a mild fragrance.

Turmeric has so many research studies now highlighting it as being a highly effective antioxidant and anti-inflammatory agent and it is increasingly being recognised as being worthy of a superfood title!

It has been extensively cultivated in India, China and Indonesia and since ancient times, has and still is a key component in both traditional Chinese and Indian medicine.

Specifically within these systems of medicine, it is used as an anti-inflammatory agent whilst also being used for treating a wide range of conditions such as jaundice, menstrual problems, chest pain, excessive bruising, flatulence and colic.

In recent times, the active ingredient has been identified as curcumin with numerous studies showing it to be comparable in potency to many anti-inflammatory drugs including hydrocortisone and over-the-counter meds such as ibuprofen. However unlike these pharmaceutical drugs, it isn’t associated with any significant side effects. Other studies have further demonstrated the potential of turmeric for improving symptoms in rheumatoid arthritis, such as morning stiffness, joint swelling and mobility.

Digestive complaints may be significantly improved by including turmeric plus more research has shown benefits in ageing and cognitive function, stroke, stress and mood disorders.

The antioxidant effects of turmeric are recognised to arise from curcumin’s ability to protect healthy cells from free radical damage that may damage DNA and lead to conditions such as cancer. Specific benefits have been shown for protecting colon cells and in studies, curcumin has been shown to potentially inhibit colon cancer more effectively than aspirin and other nonsteroidal anti-inflammatory drugs (NSAIDs).  NSAIDs have previously been identified as having potential for preventing colorectal cancer. But once again turmeric does not come with the side effects often seen with prolonged use of NSAIDs.
It is most definitely the case that turmeric should not be seen as a replacement for any prescribed medication but what I hope I have shown is that with the increasing number of scientific studies investigating the effects of turmeric or more specifically curcumin, many of the ancient beliefs surrounding turmeric are gaining credence.
But turmeric does not simply bring wonderful health benefits to your food, it also adds a beautiful colour, fragrance and flavour to your palate.
For a little inspiration, try the following simple ideas for ways to easily include more of this fabulous spice in your diet…

One word of warning though, turmeric will easily stain both clothing and skin – so use carefully!
Do let me know if you have used turmeric in any other dishes as I love getting new ideas 🙂 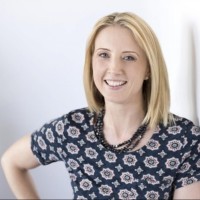 Cherry Wills is the Principle Nutrition Coach at Life Zest Health where she treats clients for a range of issues from weight to chronic disease. Cherry is also the CEO of Metabolic Balance® Australia and New Zealand. She also does a little writing, teaching and workshops.

Next Post: Probiotics for anxiety; home floor plan and overeating; nutrition for social kids; B12 and dementia and other research snippets….